M.Maimoh: “I am free spirited, I love challenges…” 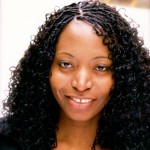 Myra Maimoh is one of those artists after listening to them for the first time, you only have one urge, never to stop. The Cameroonian born musician who now lives in Germany made a decisive entry into the international show biz thanks  “Answer’d Me”, her two days ago and first released album. We wanted to know more about this indisputable talented artist by asking her some questions.

You’re a Cameroonian born musician…Can you tell us more about yourself ?
I come from the Northwest province of Cameroon, grew up in Bamenda in a big family. I love Bamenda by the way; it has so much undiscovered scenery of nature that i identify with. The beautiful waterfalls, the evergreen and fresh wildflowers and grass, the green hills are typical of this region even in the dry season. I would describe myself as one of these wild flowers that blossom all year, and survive the strong winds. I am free spirited, i love challenges and i’ m a risk-taker.

How did you come to the music?
I started singing already in nursery school and i know i loved it. At home i was noted for singing songs that didn´t exist and always got teased for that by my brothers. I would gather up kids in the neighbourhood and we would make an orchestra with metal tins that replaced drums, strings that replaced guitars and i would sing one of my crazy songs no one had ever heard before. By the time i was 12 years ols , i knew i was going to do music because that was the easiest way i could express myself… in song and dance.

My mother also bought a lot of music cassettes, from jazz to afro soul, which we listened to all the time. As we grew, she bought music videos as well. She is one of the reasons i am a musician because she exposed the whole family to music. She even taught me my first salsa lessons when i was 10.

What about your musical route ?
I happily sang in my school choirs, in 2 girl bands and as i grew older, i started doing back- up singing in recording studios in Cameroon for many Cameroonian artists and singing in cabarets till i left for Germany. Actually before leaving for germany, I was one of the most hired studio vocalists in the country. I sang with choirs too in Germany and also had solo performances every time i could make time for it. It was not very easy not to be that active in music anymore but i knew i had to reduce my performances and concentrate on studies. My plan was to release an album immediately i finished with the first part of my education.  I finished my business program last year and met my producer  not long after that. We hit it at once. We had the same goals  influencing lives positively with our music and it wasn´t difficult to become friends after that.

Your musical pedigree is enriched enough; how do you see yourself in 5 years?
God knows what will happen in 5 years. I don’t.  The least i can do is plan and work on what i plan. I would like my music to reach not only Europeans, Americans, Africans and Australians but it should also reach Asia. In 5 years, it should be definitely a global thing because the message is meant for everyone. 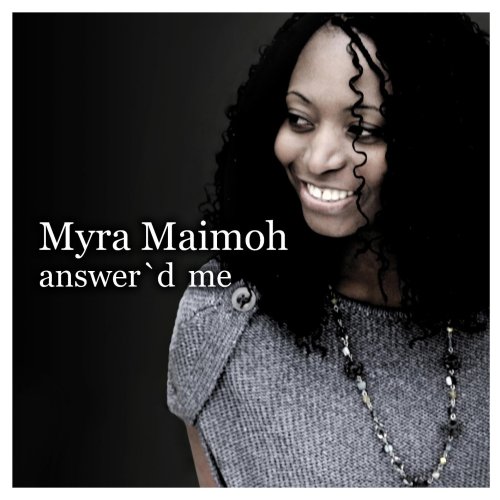 Skeeter Davies, James Brown, Ella Fitzgerald, Louis Armstrong, African blues are your musical influences. Any Cameroonian artist did not influence your music?
Oh sure, many did and still do! Bébé Manga, the late Charlotte Mbango RIP, Coco Mbassi and Manu Ndibango are artists I totally love and listen to them like all the time.

Producer Mbachi Halle said about you that: “If every other artist I work with would be like Myra Maimoh, I must have the best job in the world “.  How do you describe yourself as artist?
Yeah, he did! He still tells me that every now and then. I always want to give the best or nothing and since its my very own passion, it does not matter how long i spend working.  The most important thing is good results should be achieved at the end. It includes among other things, being in the studio on time and ready physically and psychologically for work. As an artist, i would say i am very elastic to different music genres. When singing, i pay more attention on bringing out the lyrics and emotion in songs than how my voice sounds. I try listen and I don’t mind being stretched since we often bend if we want to.

Speak to us about your album “Answer’d me” which goes out in a few hours
“Answer´d Me” was named that way because my life-long wish and dream was answered when the album was recorded. It contains 11 multifarious tracks that not only talk about love, but also encouragement. The album has lots of club/party/ danceable songs that will get you on your feet and in a happy mood. The album also has songs that can accompany you when you want some time out to reflect about life alone or in a group. Plus there is everything for almost everyone in the album.

What do you wish to say to the Internet users who will read you to motivate them to get your beautiful music which I was lucky to listen to?
I thank them for reading in the first place.  My music is meant to put smiles on people faces and hearts. The messages are uplifting and motivating at the same time. The album features pop, afrobeat, RnB, Electronica, Rock and soul so believe we can all have something from it.
You can also listen “Killing me” from the album “Answer’d Me”

Fred Wesley: “It’s all about respect and understanding”